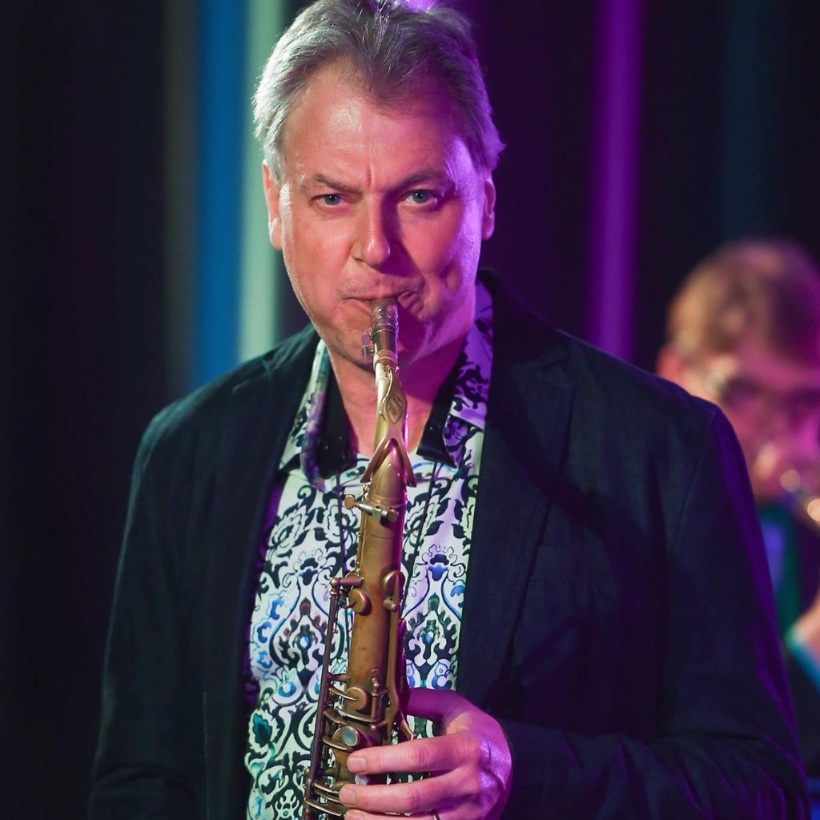 We are pleased to announce Darcy Hepner’s Ensemble will be performing at Jazz at The Gasworks. Featuring Darcy Hepner on saxophone, Ted Quinlan on guitars, Nancy Walker on piano, Kieran Overs on bass, and Joel Haynes on drums.

Check out the rest of the Fall series: https://www.eventbrite.com/cc/jazz-at-the-gasworks-fall-2022-1143839?utm-campaign=social&utm-content=creatorshare&utm-medium=discovery&utm-term=odclsxcollection&utm-source=cp&aff=escb

Born in Edmonton, Alberta and raised in Hamilton, Ontario, he is the son of professional musicians (conductor Lee Hepner and pianist Patricia Rolston). His professional career began as a cellist at the age of 15 and transitioned to flute, clarinet, and saxophone during his studies at McMaster University (BMus 1978). While pursuing jazz studies at the University of Miami he performed with Henry Mancini, BB King, Aretha Franklin, Tony Bennett, Mel Tormé and many others (MMUS 1980). Moving to New York City in 1983 he studied composition and saxophone at New York University with Lee Konitz and Bob Mintzer. During his second residency in New York from 1996 to 2005, Hepner toured with Blood, Sweat and Tears, played in Broadway and Off-Broadway shows and in clubs with such artists as Buster Poindexter, Tom Wopat and the Ed Palermo Big Band.

Since 2008 he has recorded and performed with Tom Wilson (musician) and LeE HARVeY OsMOND as both a woodwind player and conductor/arranger for his symphony shows which have included performances with the Hamilton Philharmonic Orchestra and the National Arts Centre Orchestra in Ottawa.

In 2015, he collaborated with Canadian musician Ian Thomas as arranger and conductor to develop a concert for the Hamilton Philharmonic Orchestra. The music for the concert was used to produce Thomas’s “Life In Song” recording.

Hepner taught at Berklee College of Music (Boston) 1985–89, and was founder and head of the Music Program at Selkirk College in Nelson, BC, 1989–96. From 2005 to 2020, he held the position of professor of music at Mohawk College, Hamilton.