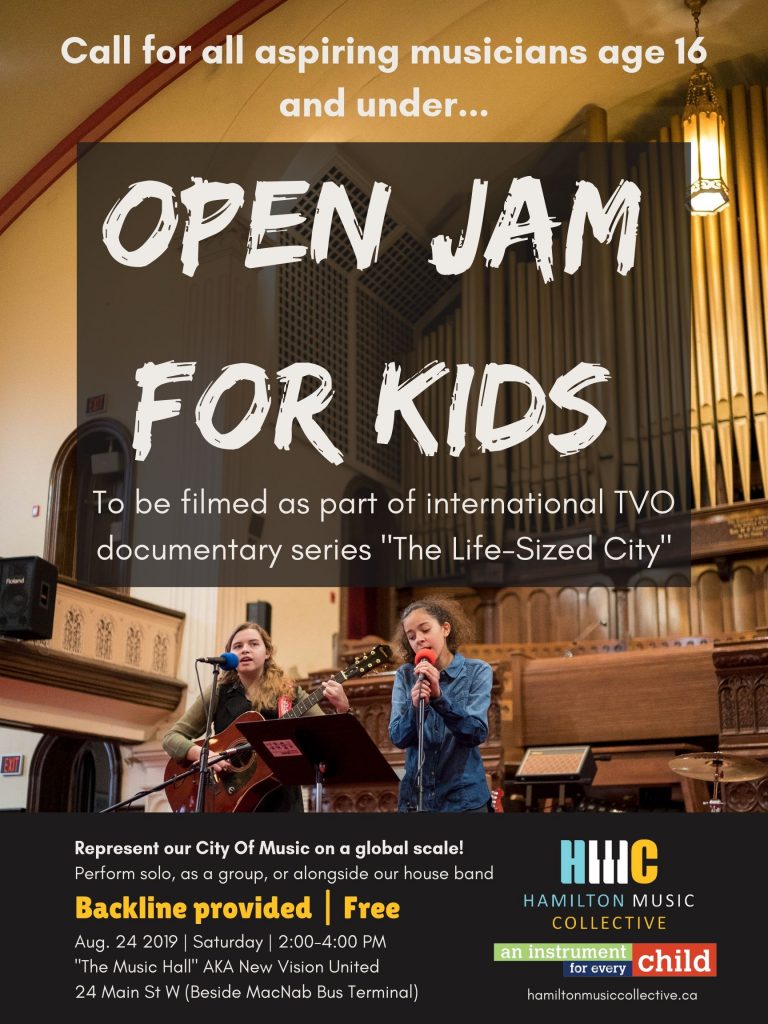 Call for all young aspiring musicians in Hamilton to be part of an internationally broadcast documentary on your City!

The ‘Life-Sized City’ is broadcast on TVO and Knowledge in Canada and on international broadcasting partners in France, Germany, Italy, Belgium and Hong Kong. The show has been filmed in various cities worldwide since season 1, from Tokyo to Medellin, Paris to Cape Town. This third season covers Buenos Aires, New Orleans, Beirut, Barcelona, Hong Kong and… HAMILTON! The Hamilton Music Collective (HMC) has been chosen as one of the organizations to be portrayed in this episode.

The production focuses on grassroots organizations with inspiring visions and the mandate to make a city a better place to live. Empowering youth is an important topic of the series and the original and engaging programs offered by the Hamilton Music Collective intrigued the production team.

On August 24, we will be hosting our popular Open Jam For Kids, an open mic and jam session just for youth ages 16 and under, at The Music Hall, aka New Vision United Church. The event is free to attend, and all skill levels, genres, and instruments are welcome to perform a song of their choice, either alone, with other jammers, or with our talented house band. Original music is highly favoured by the producers of the documentary to make it into the show!

Parking: We recommend the parking lot directly across the street which is $3 on Saturday afternoons.

Bring: Your instrument, your original music, your family, and be ready to rock! Backline and house band provided.